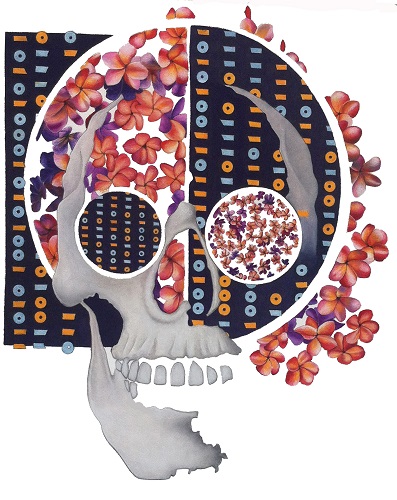 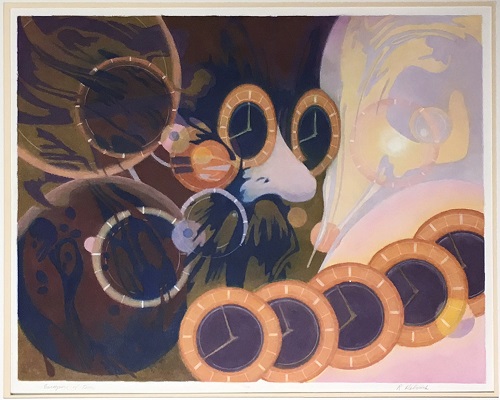 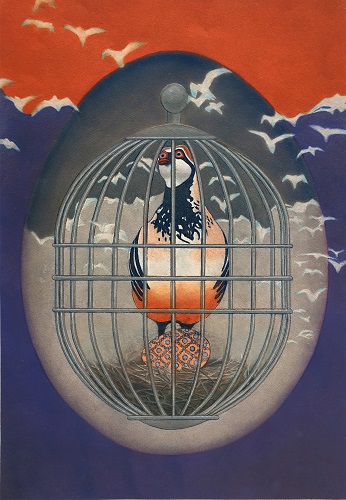 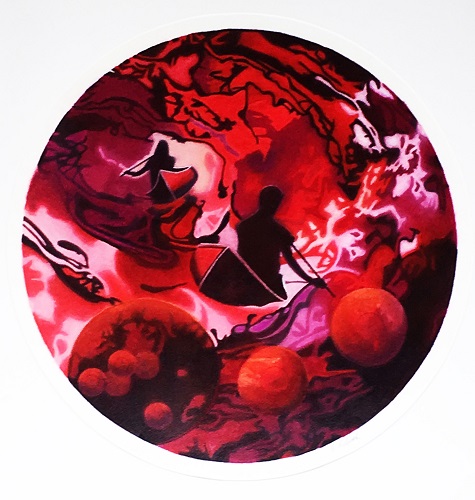 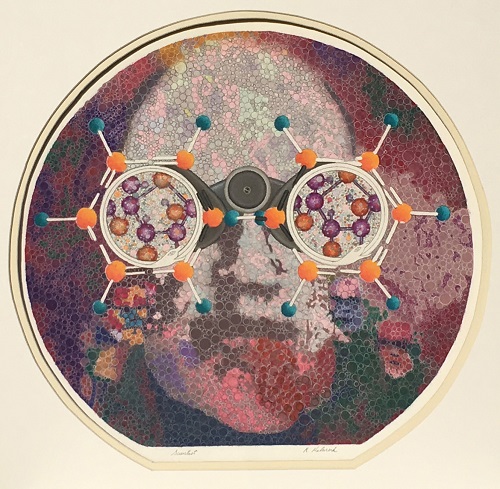 Eye of the Beholder
26 x 26
Richard Helmick, CPSA, CPX
Richard Helmick was born and reared in Ohio and attended Ohio University earning both Bachelor and Master of Fine Arts degrees. He studied summers at the University of Oslo, Norway and the Rochester Institute of Technology School for American Craftsmen, New York.
He began his academic career teaching in the art department at Christian College, Columbia, Missouri. Four years later he accepted a position as a professor of design, the University of Missouri where he taught for 34 years. This tenure was interrupted by a two-year position as visiting professor of architecture at Texas A&M University, College Station, Texas. Upon his retirement as professor emeritus, he accepted short teaching assignments at Pusan National University, Pusan, South Korea and at the Nanjing Art Institute in Nanjing, China. Richard also served in artist-in-residence positions at The Tucson Museum Art School and Northern Arizona University. He was also a one-year courtesy professor of art at Oregon State University.
His work has been accepted into many national and international juried exhibitions and is included in public collections at the Block Museum of Art at Northwestern University, the Museum of Art and Archeology at the University of Missouri, the Missouri State Historical Society, Indiana State University, William Woods University, and Bain & Company, Boston.
Mr. Helmick became a Willamette View resident in Portland in 2013. He serves on the broad of the Contemporary Art Council sponsored by the Portland Art Museum and is Co-president of the Portland Chapter of the Colored Pencil Society of America. He continues his creative efforts in his studio at 110-S Court.
Permission for use of any image in this gallery or on this website is required.
Bicameral Mind
34 x 28
Richard Helmick, CPSA, CPX
Plying the Forming Edge of the Cosmos
Richard Helmick, CPSA, CPX
MEMBERS GALLERY
|  © CPSA District Chapter 201
1